How to Use Spatial Order in Essay Writing? 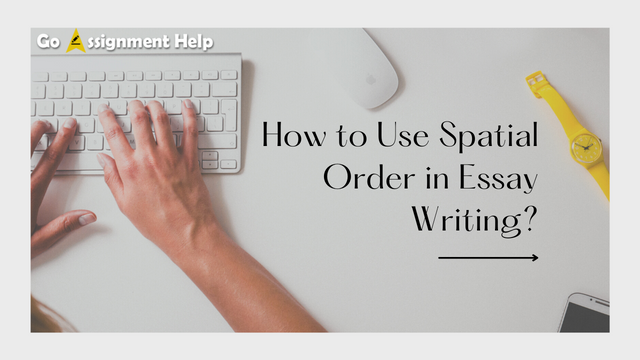 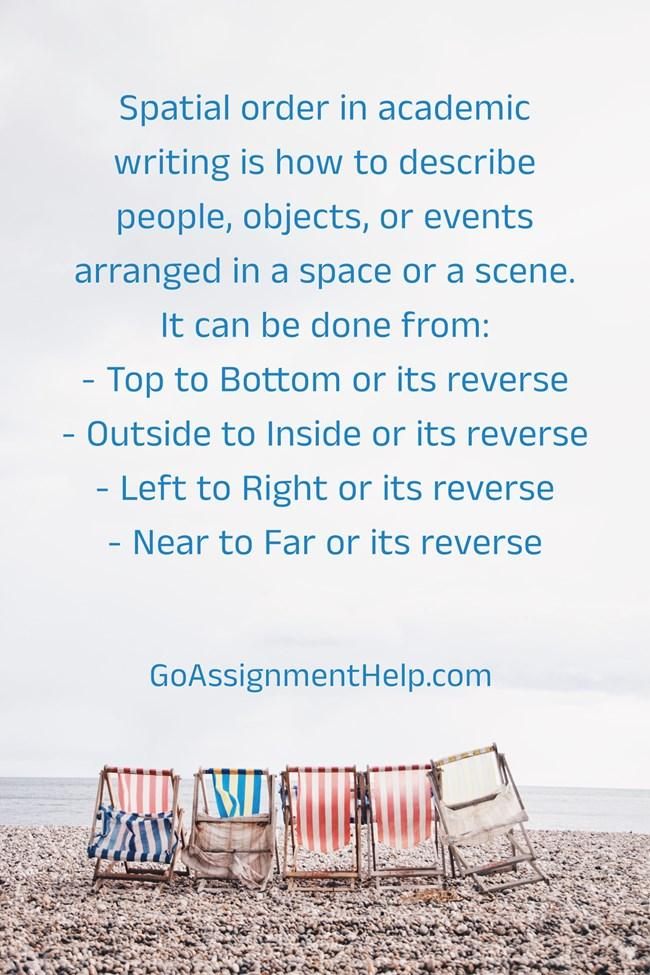 Spatial order in writing academic essays refers to how writers organize information in paragraphs and essays. So, what is spatial order? Simply put, it is a way of organizing information according to where things are located. In other words, writers use spatial order to describe items as they relate to one another in space.

When used correctly, spatial order can effectively guide readers through a piece of writing and help them visualize the scene or object being described. It can also be used to create a more orderly, logical flow to an essay by helping to arrange information in a way that makes sense.

Here are some tips from GoAssignmentHelp essay writers on how to use spatial order in your next essay:

For example, if you are describing the college campus, you may want to start with the main buildings and then move on to the smaller details like the trees, benches, etc.

Another way to use spatial order is to describe objects or scenes from different vantage points. This can help create a more three-dimensional image for readers and give them a better sense of the space being described.

For example, if you are writing an essay on the Black Lives Matter mass movement, you may want to start with the founding of the movement and then move on to the different protests and events that have taken place.

For example, instead of saying “the tree was big,” you could say “the oak tree was 24 feet tall with a trunk diameter of 3.5 feet.”

For example, you could say “first”, “next”, “then”, or “finally” when describing a sequence of events. You could also say “in front of”, “behind”, “to the left of”, or “to the right of” when describing the location of something.

The use of transition words and phrases can be especially helpful when writing about complex topics or large amounts of information.

For example, if you are writing an essay on the Cherokee-American wars, you may want to start by explaining the background of the conflict and then move on to talking about the different battles that took place.

By following these tips, you can ensure that your next essay makes use of spatial order in a way that is both effective and easy for readers to follow. So, don’t be afraid to experiment with this type of organization in your writing. It just might be the key to making your essay more engaging and memorable for readers.

Also Read : How to Write

0 responses on "How to Use Spatial Order in Essay Writing?"